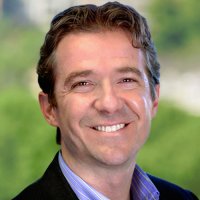 As an entrepreneur, faith leader, and political advisor, Eric Sapp has spent his career supporting communities all over the world in their efforts to promote the common good. In recent years, he has become a nationally-recognized leader in the "Data for Good" movement and helped pioneer breakthroughs in empathy-based machine learning and more meaningful AI, leading to his appointment as a Nonresident Senior Fellow at the Atlantic Council focusing on this areas along with combating computational propaganda.

Eric co-founded Common Good Strategies in 2005, which became the Eleison Group in 2008. The firm rose to national prominence following its successful new approach to faith outreach and messaging and its role advising numerous winning Democratic Senate and gubernatorial campaigns in 2006.

After working with Tom Perriello to launch Tom's long-shot campaign for Congress, which succeeded by focusing on "conviction politics," Eric served as a lead consultant to the 2008 Democratic "Red-to-Blue" program, working with over 40 Congressional campaigns on authentic and effective ways to connect with a wide range of voters through shared values.

Eleison then expanded from primarily political campaigns to assist non-profit advocacy and voter empowerment groups. Over the next decade, Eleison pioneered the use of new technologies by dozens of grassroots and humanitarian organizations from across the ideological spectrum. Eric managed successful democracy-building and advocacy campaigns on issues ranging from international peacekeeping, human rights, counterterrorism, and foreign assistance to domestic campaigns for pollution control, hunger alleviation, supporting veterans, and protecting victims of terrorism.

Through these efforts, his team developed one of the largest voter response databases and most sophisticated digital advertising platforms in the country, which they transformed into a Public Benefit Corporation in 2018 with this purpose:

At Public Democracy, we believe that technology should empower people, so that individual voices are listened to by those in power and so that their collective voices have their rightful influence on decisions that are made.

Knowing the value of the data that will be created, we further believe that people should share in the value generated and insights created by their contributions throughout this process.

Eric has always believed that before people can be persuaded or mobilized, their values and aspirations must be understood, and that understanding individuals' core convictions and sense of place in the world is the best way to connect with them (and help them connect with others). Public Democracy seeks to empower people from all over the world by doing just that through its technology.

Eric was born in Durham, North Carolina, and grew up in south Florida. He graduated from Davidson College - where he was most valuable player on the football team - and earned a Master of Divinity and a Master of Public Policy from Duke University. Prior to launching his career as an entrepreneur, Eric worked at the Pentagon for three summers during graduate school, served for five years as a part-time youth pastor and director of Christian education, and was an aide to Senator Ted Kennedy on the Health, Education, Labor, and Pensions Committee and to Congressman David Price, working on budget, homeland security appropriations, and faith outreach. He lives in northern Virginia with his wife (and high school sweetheart) and their son and daughter.